Skip to content
Date: October 31, 2017Author: Pratiksha Mandaodhare
I feel like sometimes our issues are not caused only by us, but by something beyond us. At times, our problems are associated with the larger, greater force rather than just our misdoings.
Haven’t you wondered that despite you putting everything in the relationships they tend to fizzle out? Or at times you may keep going through an emotional rollercoaster and all of your inner pool dries up soon? This can make you frustrated with yourself and even indulge in self-loathing.
We think when we find that ‘special someone’ the real work is over…. but that’s when the real work begins. “True love is usually the most inconvenient kind.”― Kiera Cass, The Selection.
Astrologers believe that your zodiac sign and your relationships have a deep connection and go a long way in designing your fate. Not everything will be governed by your stars, but stars do have an impact on our lives.
Even though personal effort is demanded and much needed, it is suggested, “When we love someone our love becomes demonstrable or real only through our exertion – through the fact that for that someone (or for our own self) we take an extra step or walk an extra mile. Love is not effortless. To the contrary, love is effortful.”― M. Scott Peck, The Road Less Traveled: A New Psychology of Love, Traditional Values, and Spiritual Growth.
The list below is about common relationship problems according to each zodiac sign and is not going to magically help you solve each and every obstacle of your love life, but it sure is going to help you be aware of what to be cautious of.

Here are the 5 most common relationship problems for each zodiac sign :

1. Aries always have one eye on the future and the other on the conditions that will affect the future. Due to this way of life their interpersonal relations may take a toll.
2. They cannot take ‘No’ for an answer easily.
3. They often tend to stay long in their relationships, however toxic, just to save them, but end up hurting themselves beyond repair. They just don’t have it in them to walk away.
4. They have set ideas as to how a relationship should unfold and be and that ends up disappointing them big time. How? Because expectations ruin reality, all the time.
5. They cannot really accept the idea of love not lasting. Letting go of people is really hard for them.

1. They are extremely demanding in bed.
2. They struggle to compromise much.
3. They are really judgmental of their partners but they don’t really address those issues until asked for, forcefully.
4. They are annoyed by variables and love consistency. For them life is meaningful only when it is stable and settled… getting a partner who views life similarly is pretty tough for them.
5. They have a tendency to be vengeful and would rather get even than save the relation.
GEMINI: MAY 21-JUNE 20
1. They feed off fights and for them it is a very healthy way of showing love. This may create a dead end for their love lives…
2. They are extremely territorial about their personal living space and want it to be just as they picture it. This causes significant struggles in their equation with their partners.
3. They are intrinsically self-absorbed and may overlook their partner’s needs and desires.
4. They want excitement in their lives and as soon as the ‘honeymoon’ period of their relation gets over and routine takes in, they might run for the hills.
5. They become really caught up in the early stages of the relationship where everything is prim, proper and rosy. Again, their personality does not anticipate that over the time people and the nature of the relationship changes which spells the end of their relation.

1. They need marriage and kids. Their idea of love is chronologically set and they won’t get into flings. They strongly believe in having a definite future.
2. They always have this fear that their partners have one foot out of the door.
3. They require constant assurance of being loved and cared for. If this doesn’t happen, they may get extremely cold towards their near ones.
4. Even though they may require consistent affection, if given too much love they feel suffocated.
5. They are hardly able to decide whether they want to stay in a relationship or enjoy their singlehood.

1. They rarely think before speaking and that ends up spoiling things beyond repair.
2. They have a habit of compromising in the relationship much early they may become a doormat.
3. They are extremely traditional and may find it difficult to adjust to partners who may be unconventional regardless of how much they love them.
4. They crave for 24/7 attention which is pretty unhealthy in the long run.
5. They often take far more than they, or others can handle. They can be defined as ‘too much’ of everything.
LIBRA: SEPTEMBER 23-OCTOBER 22
1. They see well in everyone and this can make them vulnerable and non-receptive to the fact that some people are actually toxic for them. Their quality becomes their poison at times.
2. Libras are very demanding as partners.
3. They believe that they are saving everyone, regardless of what exactly they are saving them from and do people actually need that sort of aid.
4. They find it much easier to lie or sugarcoat stuff than hurt people with bitter truth. However, being generally good-natured makes them bad liars.
5. They are really indecisive and end up committing to a relation even if they aren’t ready for one.

1. They have zero tolerance for liars and cheaters.
2. They take everything said or done, personally.
3. Having a conversation about feelings, whoever it may be about, makes them uncomfortable and they may run for the hills to avoid it.
4. They can hold grudges for too long against their partners.
5. They begin relationships with extreme passion and end up getting bored very easily and quickly.

1. Their free spirit and adventurous attitude may clash with others’ comfort zone and limits. This very attitude may hinder them in getting involved in a romantic relationship.
2. Their way of tackling romance is such that it fatigues both partners during and at the end of it.
3. For them, physical appearance has immense significance and they aren’t afraid to address it.
4. They would rather win or lose or have a battle for “justice” than actual reconciliation. For them the concept of ‘saving’ a relationship is a misnomer at times.
5. They desire extreme levels of freedom and mostly an open relationship. This sort of preference may not gel well with their partner’s thought process.

1. When they are into long term relations or simply long enough, they tend to fall into the trap of ennui and may become too comfortable. They lose passion this way.
2. They tend to make excuses for unhealthy relations.
3. They avoid fights at all costs, making their partners go through shit all alone.
4. To make others happy, they agree to almost everything.
5. For them, pleasing their partner is of utmost importance for which they may even forget what they want from a relation or even generally.

1. They and their partner avoid having ‘the talk’ of ‘where is this going’. (Friends fan: The kind which freaked out Ross and Mona insisted on having it at all costs) Well, in their case they feel commitment might rob them off of opportunities in life.
2. They constantly feel they are misunderstood.
3. They get bored quickly and may leave the relation than ‘save it’.
4. They need much more space than their partner is comfortable giving. Their need for personal space is genuinely important for them.
5. They have amazing communication skills but at the same time they may not communicate that well. They often burden their partners with their personal goals and ideals.

1. They struggle with the idea of expressing their emotions, often getting misinterpreted by their spouse.
2. They resent people who do not open up to them and show their vulnerable side to them. This is a genuine need that they have to feel ‘safe’ when they themselves open up to people.
3. They may appear to be playing hard to get but they are actually shy.
4. They constantly feel they are the givers and they are the ones who care more in the relationships they have.
5. Whenever life seems too much, they need time alone. This may seem annoying to their partners but it is their requirement to gain peace.
Above all, believe in the power of love; genuine, true love!
source : simplecapacity.com 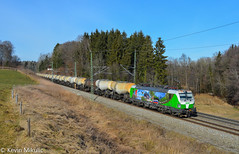