Skip to content
Date: November 11, 2017Author: Pratiksha Mandaodhare
Being able to lock into the emotional energy of people around you can be draining and upsetting, so it is no surprise empaths, at times, view their ability to apprehend the mental and emotional state of others as a curse.
This shouldn’t be the case though, as the almost psychic power to feel the emotional energy around you means empaths are equipped with skills most other people would long for and can become a powerful tool in dealing with life. 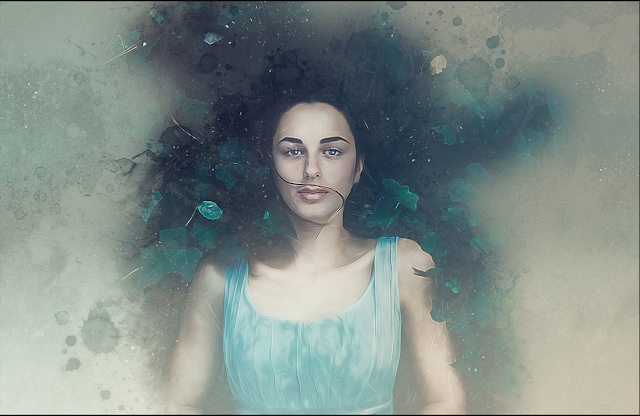 In many ways empaths can be viewed as having psychic abilities. Most people read other’s behavior, body language, the tone of their voice in an attempt to find out what’s going on in their mind, but empaths take it further. They are able to access a world locked to most people where they can pick up psychic statements, images, smells and emotional indicators most are unaware of.
Some empaths do this unwillingly and try to ignore, or shut out this knowledge, but really they should embrace this deep connection they have established and try to increase the psychic link between your mind and the universe. How many situations have you been in where you wish you could read someone’s mind?
Knowing instinctively if someone is lying, hiding something or even dealing with deep struggles can save you a lot of time and heartache and can also be of benefit to them.
Stepping into someone else’s mind can be daunting, but it could also help properly communicate with that person and in many ways offer them help no-one else can.

2. USE YOUR EMOTIONS AS A SUPER POWER

People can seem disconnected from their emotions, unable to understand or connect with their feelings, but for empaths it’s the complete opposite and this insight into the emotional state of others can at times feel like a burden they don’t want to manage.
Rather than run from it though, they should embrace this super power and try to use it to aid them in everyday life.
Empaths have always been in touch with their emotions and usually have a degree of self-empathy that allows them to listen to their own feelings. If they concentrate and hone these skills, it can change how they interact with those around you and make it easier to manage tough situations. When listening to others try to ignore what they initially say and instead read from their words what they mean.
Instinctively, empaths have a head start on this and should concentrate on using their skills to delve behind the front people put up and discover what’s really going on in their mind.

3. TURN THE NEGATIVE TO A POSITIVE

One of the biggest downside of the constant emotional connection to the world, is the negative energy. Most empaths can be acutely affected, emotionally and physically, by negative emotions and feelings and this can put a strain on their own emotional state, impacting on their lives. Whether it’s a negative conversation or just someone feeling intense feelings, empaths can quickly become affected by this energy.
Empaths need to embrace this energy and instead of running from it, turn it into a positive. They are the only ones aware of their surroundings, so can be a powerful force in limiting its impact and creating a more welcoming and positive environment.
Whether it’s by meditating, changing the location or just giving a few comforting words and support in the right place, empaths can have a huge influence on the atmosphere around them using their abilities.

4. PUT YOUR SKILLS TO WORK

An empath can rarely switch their powers off, so why not put them to use in everyday life, like your career? We are always looking at the unique gifts we offer when it comes to choosing a profession, so why should empaths ignore the skills that come with being deeply connected to the emotional world?
Highly attuned to the smells and tastes around you? Why not become a perfumer or a chef? Able to tune into someone’s emotional state without too much probing? What about becoming a therapist or a counselor?
Or in the home, use your deep sense of empathy to create an oasis and peaceful retreat where you can relax and feel safe. Empaths are acutely aware of what can sooth and heal them after a trying day and being so sensitive to the environment around you can be the perfect skill to use when making a home.
Listen to your instincts when it comes to choosing where you live, the house you live in and even your lifestyle. Empaths know what will work for them and they shouldn’t ignore these instincts, because they are usually right.
source and courtesy: peacequarters.com